Urethritis is a disorder that causes the urethra, or the tube that transports pee from the bladder to the outside of the body, to become inflamed and irritating. Sperm is also transported by the male urethra.

People of all ages are affected by urethritis. The illness can affect both men and women. Females, on the other hand, are more likely than males to develop the infection. It is because men’s urethras, which run the length of the penis, are significantly longer than women’s. The urethra of a woman is usually one and a half inches in length. It allows bacteria to enter the urethra more easily.

Males suffering from urethritis may exhibit one or more of the following symptoms:

Among the signs of urethritis in women are:

People with urethritis may not exhibit any symptoms at all. If the urethritis was caused by chlamydia or, less frequently, trichomoniasis, symptoms might be absent in men.

A bacterial or viral infection causes most cases of urethritis. The most prevalent cause is bacteria. The germs that cause bladder and kidney infections can also infect the urethral lining. Bacteria found in the vaginal area might induce urethritis if they enter the urinary tract.

Bacteria linked to urethritis include:

Pathogens are disease-causing biological agents. Urethritis can be caused by the same microorganisms that cause STIs. These include the bacteria responsible for gonorrhea and chlamydia and the parasite responsible for trichomoniasis.

Who is Affected by Urethritis?

Urethritis can affect anyone. There are, however, risk factors for urethritis. Among them are:

How is Urethritis Identified?

Your doctor will take a medical history and ask you questions, some of which will be regarding your sexual past. A physical examination will also look for redness, discoloration, swelling, and pain.

Your doctor may prescribe the following tests:

These tests may aid in diagnosing urethritis and the type of infection causing it.

What is the treatment for urethritis?

Antibiotics, either alone or in combination, are the primary treatment for urethritis. Among the antibiotics used to treat urethritis are:

If your provider believes you have an infection, they may start you on medicines before the findings are available. They may also advise you to take pain relievers.

Suppose you have urethritis caused by friction or irritating chemicals such as soap or spermicide. In that case, your provider may advise you to avoid wearing tight clothing, stop using the irritant, and reduce the amount of time you spend doing the activity that creates friction.

How soon will I feel better after treatment?

Make sure you take all your antibiotics as directed by your doctor. Typically, the drugs must be taken for a week to ten days. You’ll probably feel better after a few days, but you must complete the prescription.

You can lower your chances of acquiring urethritis by doing the following:

If you have urethritis, contact your doctor if you experience any of the following symptoms:

Dr. Dushyant Panwar is one of the best urologists in Ahmedabad known for proving all urological treatments. If you are aware of any of these symptoms, book an appointment to get rid of this issue easily. 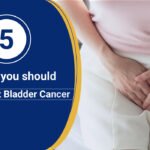 5 things you should know about bladder cancer
November 22, 2022Dushyant Pawar 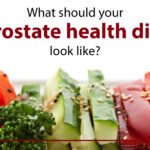 What should your prostate health diet look like?
November 21, 2022Dushyant Pawar 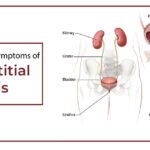